A pioneer in neonatal medicine, Feizal Waffarn, M.D., came to Orange County in 1980, shortly after completing fellowship training at the University of Southern California. At the University of California, Irvine, Dr. Waffarn worked with neonatologist Louis Gluck, M.D., in analyzing the efficacy of surfactant therapy for premature infants with lung disease and helped build that hospital’s NICU into a Level III referral center. In 2001, he became chair of the UC Irvine department of pediatrics and pursued the successful affiliation with CHOC.

Career highlights also include Dr. Waffarn’s work with the Children and Families Commission of Orange County and the NI H National Children’s Study. He is a founding member of the California Association of Neonatologists and represents the perinatal medicine section of the American Academy of Pediatrics, California Chapter 4. Dr. Waffarn has published more than 40 scientific articles in peer-reviewed journals.

“Of Dr. Waffarn’s many accomplishments over the past 30 years, perhaps the most enduring legacy will be the CHOC and UC Irvine affiliation,” said Nick Anas, M.D., CHOC Pediatrician-in-Chief. “Dr. Waffarn has also been instrumental in establishing a vision for research and developed a renowned research faculty.”

Dr. Waffarn plans to continue teaching at UC Irvine and abroad. Additionally, he will serve as co-investigator for three NIH research studies and remain involved with global health initiatives for developing countries, including the Southeast Asia Regional Organization, a subsidiary of the World Health Organization.

Dr. Waffarn has played a pivotal role in improving health access and outcomes for the children of Orange County. On behalf of CHOC, we thank him for his tireless dedication and wish him the best in all his future endeavors.

Noted pediatric pulmonologist Dan M. Cooper, M.D., is acting chair of the University of California, Irvine, Department of Pediatrics. Dr. Cooper is the founder and director of the UC Irvine Institute for Clinical & Translational Science, which was recently awarded a $20 million Clinical & Translational Science Award from the NIH. This prestigious award will support multidisciplinary research in a wide range of fields, including pediatrics, speeding the transformation of scientific discoveries into medical advances for patients.

Dr. Cooper is also founder and director of the UC Irvine Pediatric Exercise Research Center, which is studying how exercise may help prevent childhood asthma and obesity, and benefit children with chronic asthma, cystic fibrosis, heart disease and diabetes.

Board-certified in pediatric pulmonology, Dr. Cooper is a professor of pediatrics and bioengineering, and associate dean for clinical translational sciences at the UC Irvine School of Medicine. He also serves as a board member of the CHOC Pediatric Subspecialty Faculty.

The CHOC Endocrine and Diabetes Center at Hoag Health Center–Newport Beach reported a 75 percent increase in patient visits from the previous year. The center is now offering continuous glucose monitoring to support children and families. In addition, PODER (Prevention of Obesity and Diabetes through Education and Resources) has expanded to include both English and Spanish classes. Participation nearly doubled from 2010, helping 2,160 children and families learn healthy techniques to prevent obesity and type 2 diabetes. Additionally, six diabetes workshops, held after regular office hours, were attended by 157 patients and families.

Appointments are now available five days a week at both suites, which are located at 500–520 Superior Avenue, Newport Beach. For more information about appointments, PODER or other educational activities, please call 949-631-3603. 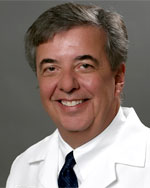 Nineteen months ago, I was appointed Pediatrician in Chief (PIC) by the CHOC Board of Directors and Executive Management Team. I accepted this responsibility with great pride and with a great sense of purpose. From the onset, I regarded my primary role to strengthen the partnership between CHOC physicians and CHOC Administration.

An important means of achieving this objective was through the creation of the Clinical Leadership Council (CLC). With the responsibility for developing the clinical vision for CHOC, the CLC is rapidly gaining purpose and momentum.

As we prepare for the opening of Tower II in 2013, my responsibility as the PIC is to work with the medical staff and the administration in the enhancement and growth of clinical programs as we continue on the path to becoming a nationally recognized premier children’s hospital.

This blog will keep you informed related to the key initiatives undertaken by both the CLC and by me in my role as PIC.