Thanks to the expertise of a CHOC Children’s epileptologist, a 12-year-old boy diagnosed with a rare type of epilepsy is seizure-free and has a bright future ahead – the significance of which is underscored in November, Epilepsy Awareness Month.

He remains under Dr. Zupanc’s care, traveling from San Diego to the CHOC Children’s Neuroscience Institute and its level 4 epilepsy center for appointments and annual long-term EEG monitoring. Though seizures in children are always worrisome, pediatricians should be especially watchful for infantile spasms, a type of epilepsy that occurs in young infants typically between ages 3 and 8 months, a CHOC Children’s neurologist says.

These seizures should be considered a medical emergency due to the potentially devastating consequences on the developing brain, Dr. Mary Zupanc says. Many children with infantile spasms go on to develop other forms of epilepsy because a developing brain undergoing an epileptic storm essentially becomes programmed for ongoing seizures and cognitive/motor delays.

To that end, here’s what pediatricians should look for:

Infantile spasms can be easily missed because they can mimic common symptoms and conditions such as sleep disturbances, gastroesophageal reflux, startle and shuddering attacks.

If infantile spasms are suspected, a pediatrician should quickly refer the child to a pediatric neurologist. CHOC neurologists admit these children urgently for long-term video electroencephalogram (EEG) monitoring to confirm the diagnosis.

Infantile spasms are diagnosed on the basis of clinical spasms, in association with a markedly abnormal EEG showing a hypsarrhythmia pattern. A hypsarrhythmia pattern is characterized by very high amplitude electrical activity and multifocal areas of the brain demonstrating epileptic discharges.

If started within four to six weeks of seizure onset therapy has better success at stopping spasms, eliminating the hypsarrhythmia pattern and improving developmental outcomes regardless of etiology.

The course of treatment is approximately six weeks. During this time, and for two to three months after the ACTH course, immunizations should not be administered. The effectiveness of ACTH may be as high as 85 percent, though a recent published study placed the efficacy at a slightly lower percentage, regardless of etiology.

Side effects of ACTH, a steroid, include high blood pressure, increased appetite and weight gain, increased sugar in the blood, temporary suppression of the immune system, and sometimes gastritis. All side effects are monitored during the time of the ACTH, and they disappear after the course of treatment.

Successful therapy is marked by two achievements: the cessation of the infantile spasms and the elimination of the hypsarrhythmia pattern. But because clinical spasms can be very subtle and the hypsarrhythmia pattern may sometimes only be seen during deep sleep, therapy’s success can only be confirmed through objective long-term video EEG monitoring.

The etiologies for infantile spasms can include:  tuberous sclerosis; cortical dysplasias; stroke; infection including meningitis and encephalitis; hypoxic-ischemic injury; trauma; or genetic conditions such as Down syndrome and metabolic disorders. As Thanksgiving approaches, CHOC Children’s physicians explain what they’ll consider when giving thanks this holiday.

“CHOC has provided me with lifel ong blessings. I am grateful to have grown up at and with this hospital, from the initial CHOC Tower to the current Bill Holmes Tower, through pediatric residency training and beyond.  To now be a member of such a remarkable team of providers — including our nurses and support staff — is both humbling and inspiring. Every day, I am especially thankful for the families who cross our threshold, and entrust the care of their most precious children to us. With continued commitment and dedication toward the health and well-being of our children, the future will be brighter than any of us can imagine.”
– Dr. Neda Zadeh, genetics “I am thankful to be working for an organization that creates an environment where our patients become our family. I am also grateful that CHOC Children’s has the foresight to invest in the innovative ideas we have to improve the health care we provide.”
– Dr. Kenneth Grant, gastroenterology 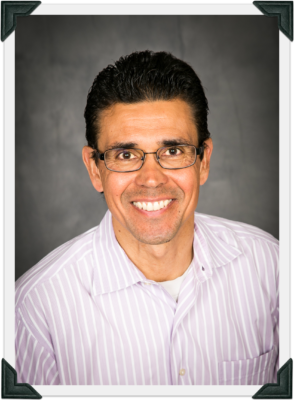 “I am thankful for the opportunity with be partnered with an excellent children’s hospital. I am also thankful for the pleasure of working with other positive people who provide outstanding care to the children of Orange County. Together, we work to improve the care and services we deliver to our most important resource — our children.”
– Dr. Daniel Mackey, pediatrics “I am grateful for the incredible team we have in oncology, inlcuding   doctors, nurse practitioners, physician assistants, nurses, the research team, members of ancillary services, our inpatient, clinic and OPI staff, administrative support, and other subspecialists, who all have great minds and compassionate hearts, and walk the difficult cancer journey with our patients and their families. I am humbled to be with such great company here at CHOC, who care deeply for children.”
– Dr. Lilibeth Torno, oncology “I am most grateful to the people behind the scenes at the hospital who do all the invisible jobs that are so important to keep CHOC Children’s running: the housekeepers, lab and x-ray technologists, bio-medical engineers, pharmacy technicians, scrub technicians, security guards and maintenance staff that work tirelessly, 24-hours a day.”
– Dr. Gary Goodman, critical care “I am most thankful for the ability to practice alongside of the caring and professional staff and physicians at CHOC, who all share the common goal of caring for children. Working together, we are able to tackle incredibly complex and varied problems that present in the amazingly diverse population of children that we serve.”
– Dr. William Loudon, neurosurgery ful for so many things here at CHOC. I feel truly blessed every day to have found a professional community of like-minded caregivers who share a passion and dedication for continued improvement in the care we provide. I am also so grateful for the opportunity to meet and care for such incredibly courageous patients and to become a part of their families. Finally, I am thankful to my teams within the pulmonary division, the Cystic Fibrosis Center and the muscular dystrophy clinics for their selfless care of our patients. I wish our entire community a healthy and happy holiday season.”
– Dr. Amy Harrison, pulmonology “I’m thankful for the opportunity to serve my patients and families, and to help them secure bright futures through CHOC’s world-class care. I am also so grateful to work among a team that is steadfastly committed to the health and well-being of children in our community and beyond. “
– Dr. Mary Zupanc, neurology “I am thankful for the platform CHOC has given us to provide service to a community that inspires me daily. I am humbled to just be part of it all.”
– Dr. Afshin Aminian, orthopaedics